An epochal journey into the mystical world of the gods between past, present, and future, between earth, sky and underworld, faith, love, and hope, full of impressive and breathtaking surprises - that was MOTHER GILGAMESH!

One of the biggest open-air spectacles in Europe thrilled almost 80,000 visitors with free admission in the middle of Linz! The highlight of the year, the Linzer Klangwolke 22 presented by Sparkasse OÖ and LINZ AG, MOTHER GILGAMESH, was back in the Donaupark on 10 September at 8:30 pm. Forces of nature that played a significant role and were fantastically staged, surrounded by poetry, wild tyranny, the madness of giants, an enmity that led to friendship, culminated in love, and raised the question of immortality, were the focus. A more than moving, thought-provoking, and impressive Linz Klangwolke was presented by the internationally successful director Pierre Audi.

Sunnyi Melles, one of the best-known and most versatile exceptional actresses of our time, embodied the role of MOTHER GILGAMESH, developed especially for the Linz Klangwolke 22.  The popular open-air spectacle on the banks of the Danube in front of the Brucknerhaus Linz has never been more promising, exciting, and historic! Breathtaking moments, gigantic ships whose wings became places of storytelling, oversized video stagings including fascinating light and sound design made the audience cheer from MOTHER GILGAMESH's perspective and amazed the crowd.

AN INTERNATIONAL LEADING TEAM WITH A LOT OF EXPERTISE AND CREATIVITY

Under the scenic direction of Pierre Audi, MOTHER GILGAMESH took us back to antiquity: the film footage with leading actress Sunnyi Melles was embedded in the fascinating video design by Gilbert Nouno, and the haunting voice of actress Sunnyi Melles captivated the audience. Dramaturge Klaus Bertisch wrote the central texts for the role of MOTHER GILGAMESH for the production. The sound design by Stefan Gregory (original compositions and arrangements of existing music) inspired the overall artwork of the Klangwolke with impressive, unusual, oriental sounds and choral singing by the St. Florian Boys' Choir.

Urs Schönebaum set the stage for his magnificent stage and light design on three ships that were presented as floating stage locations on the Danube: The "Temple Boat", the "Inferno/Forest Boat" and the "Tower Boat", on which the story of MOTHER GILGAMESH was transported.

A special highlight was the sound design specially put together for MOTHER GILGAMESH, which linked compositions by Stefan Gregory with musical works and original quotations by famous composers such as Anton Bruckner, of course, and contained and recombined quotations from other impressive works from the entire existing musical history. The newly composed soundscape by Stefan Gregory also included five short choral sequences - among others by Anton Bruckner - which will be performed by the famous St. Florian Boys' Choir.

The new sound design also made the Linzer Klangwolke 22 a fantastic and impressive musical experience for all the senses that was second to none. The St. Florian Boys' Choir, the most famous choir in Upper Austria with its 40 singers, presented themselves with well-known repertoire such as Bruckner's Locus iste on a floating stage. Not only the venue was a special highlight for the experienced stage heroes, but also the fact that two pieces of music were composed especially for the St. Florian Boys' Choir by Stefan Gregory. 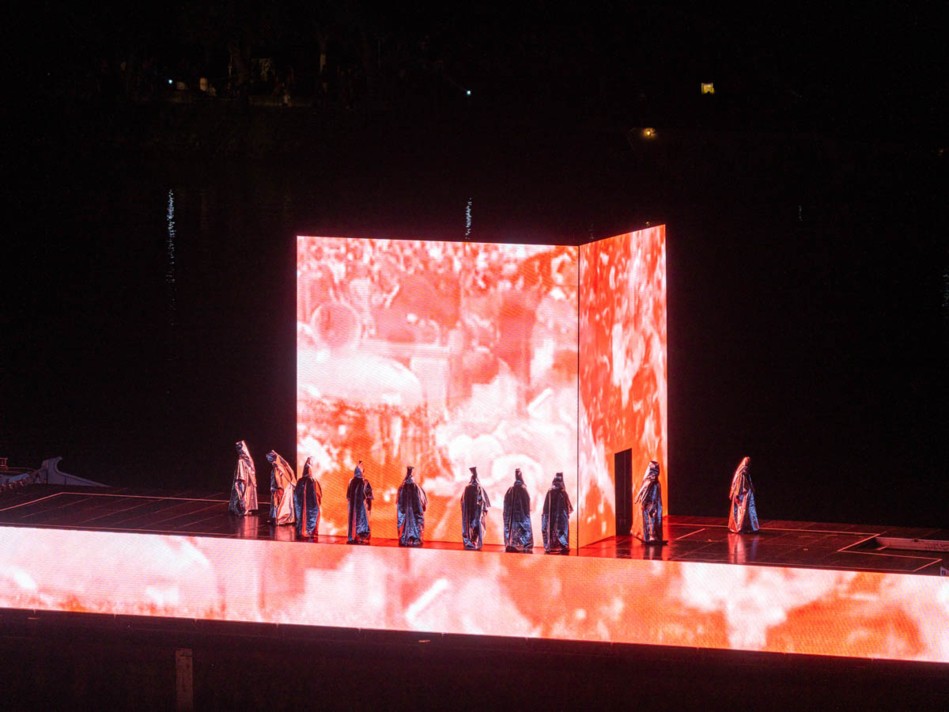 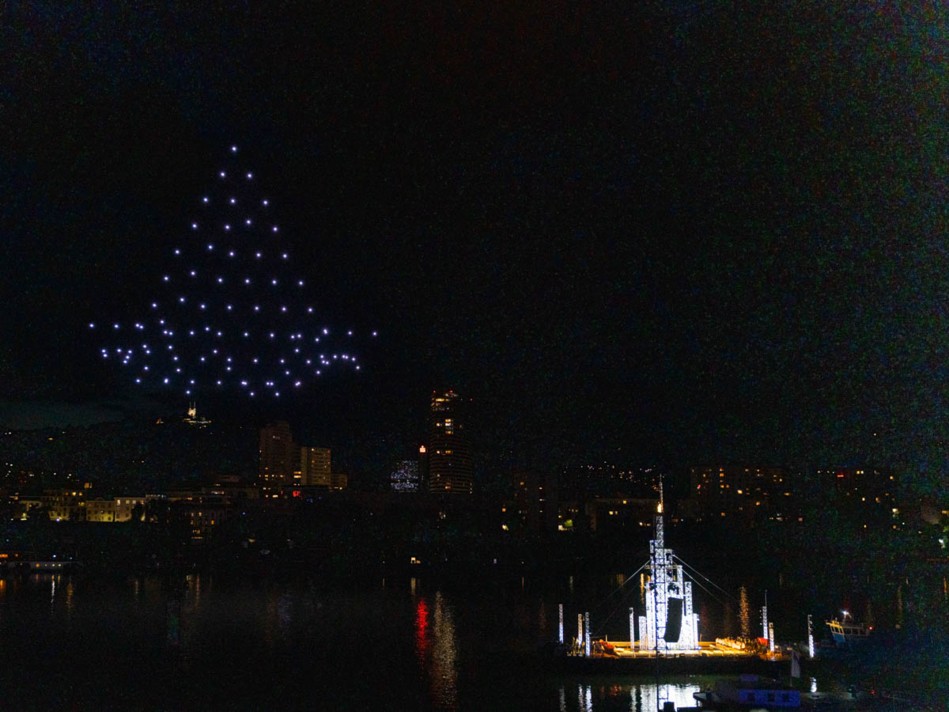 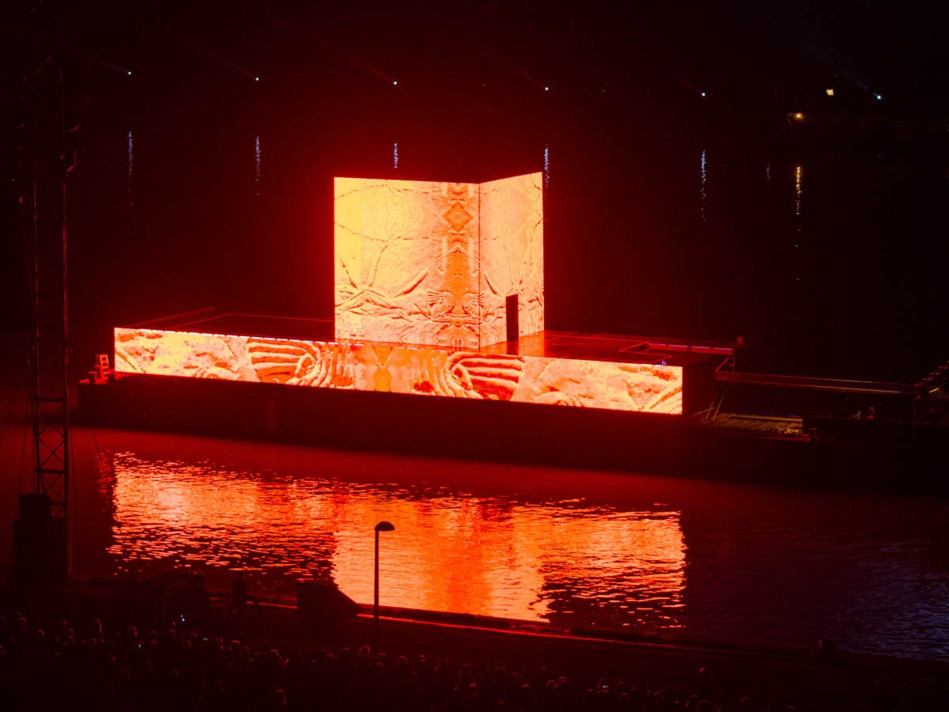 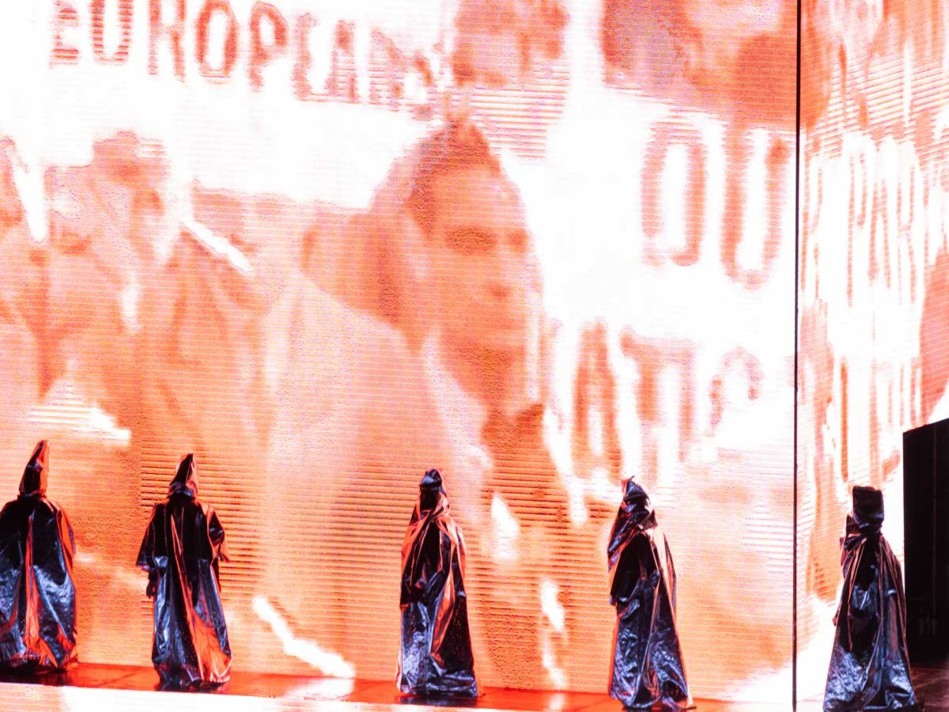 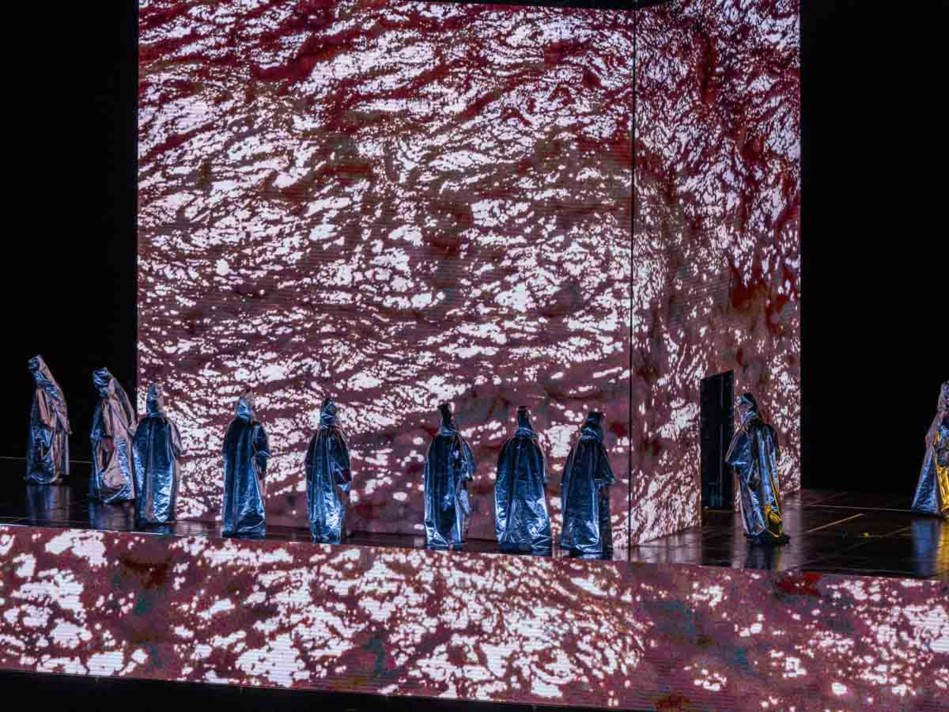 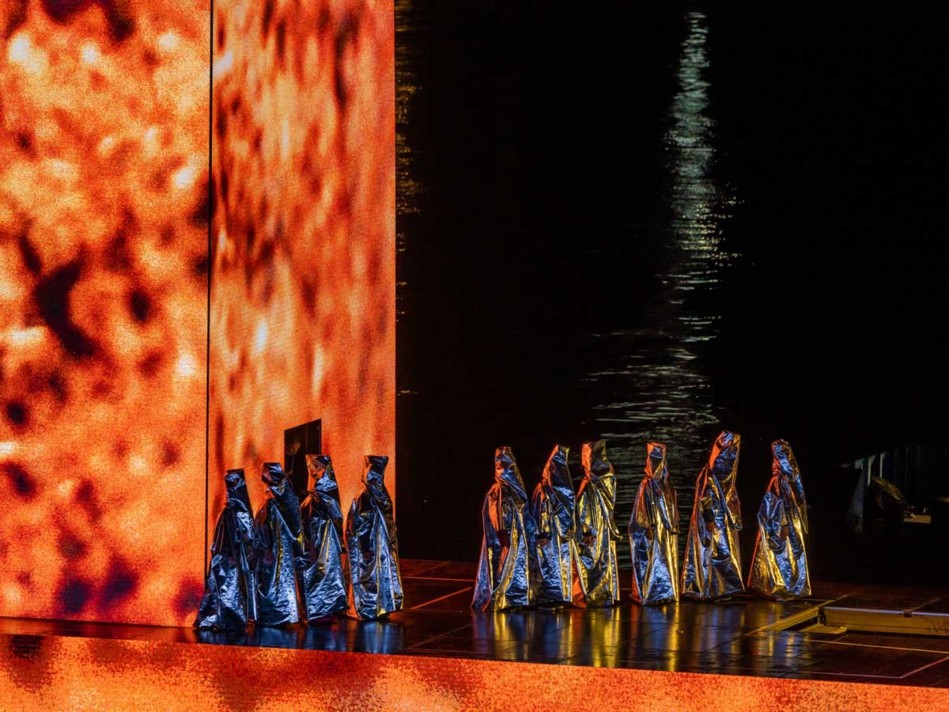 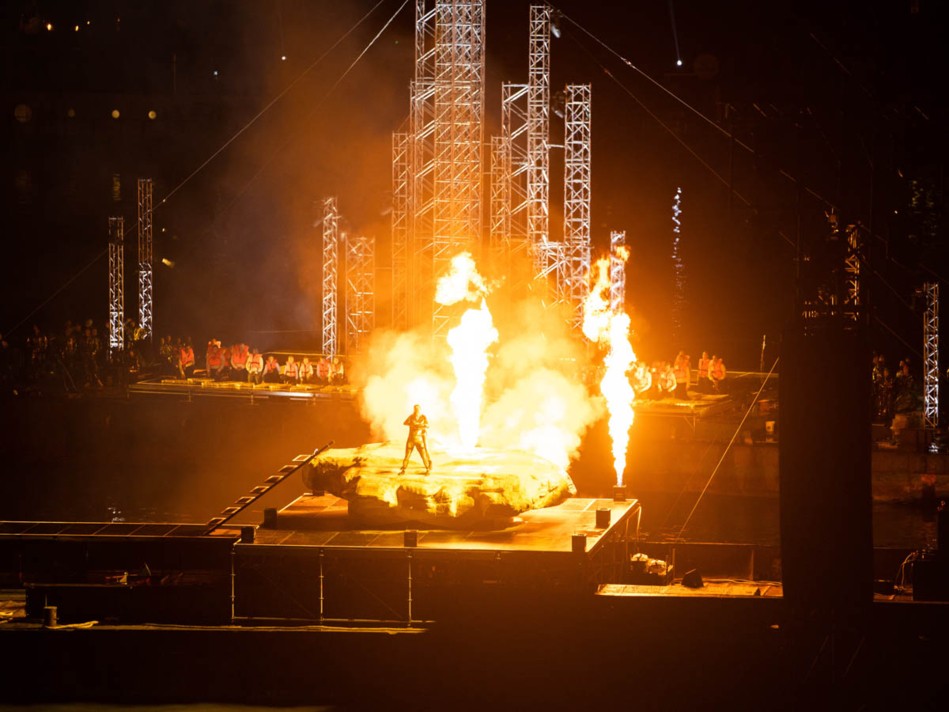 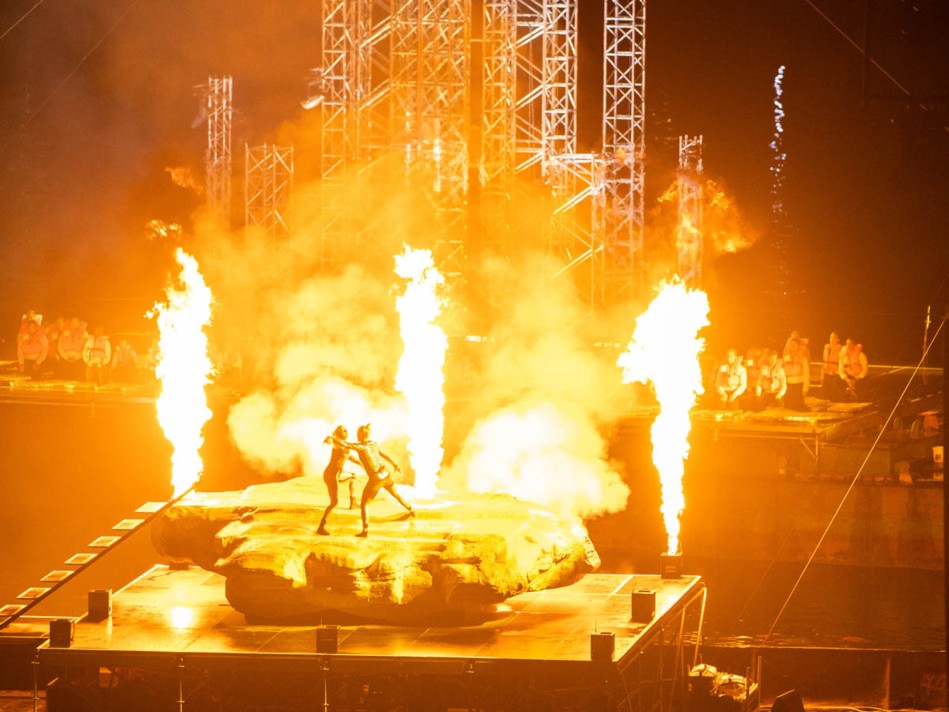 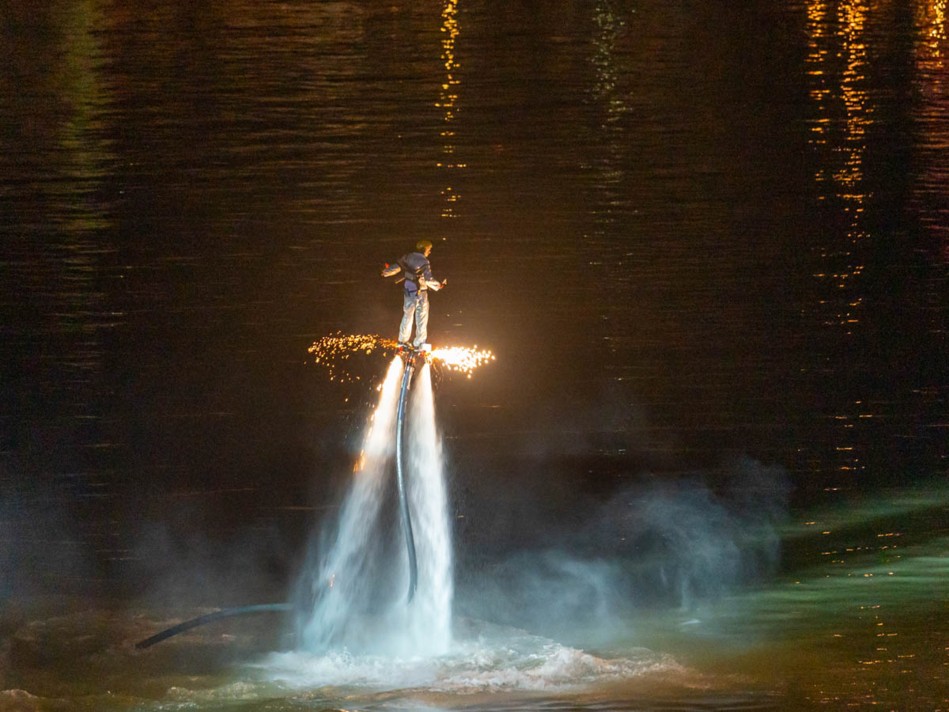 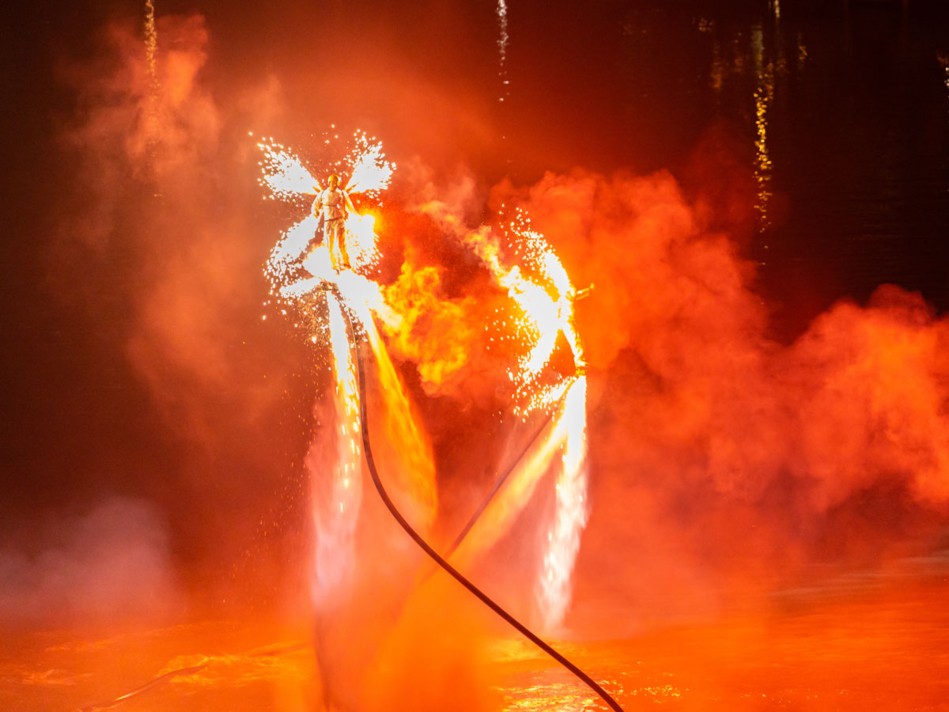 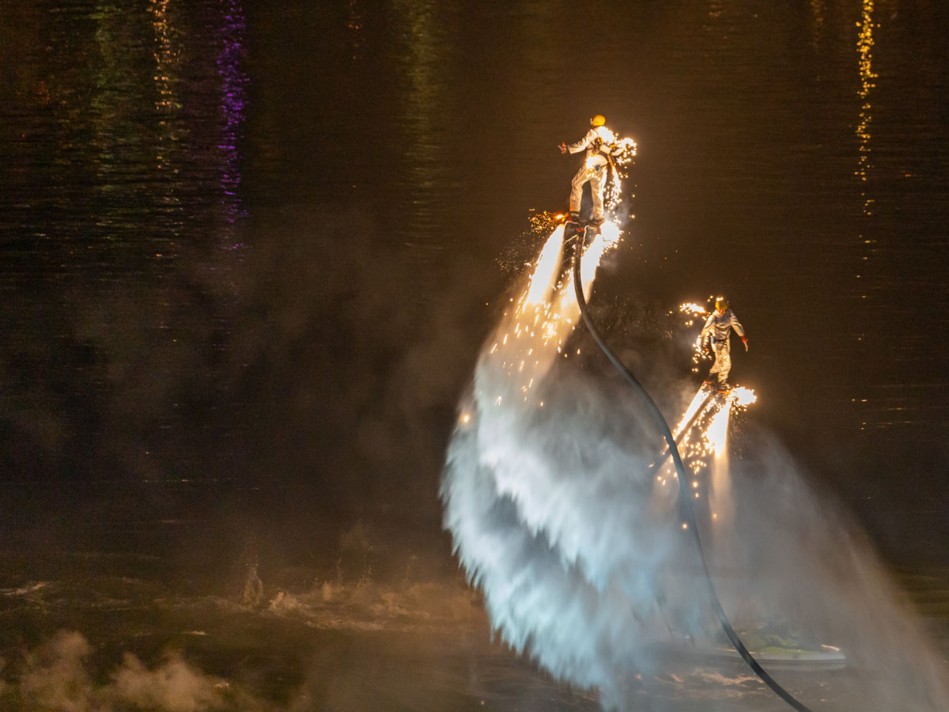 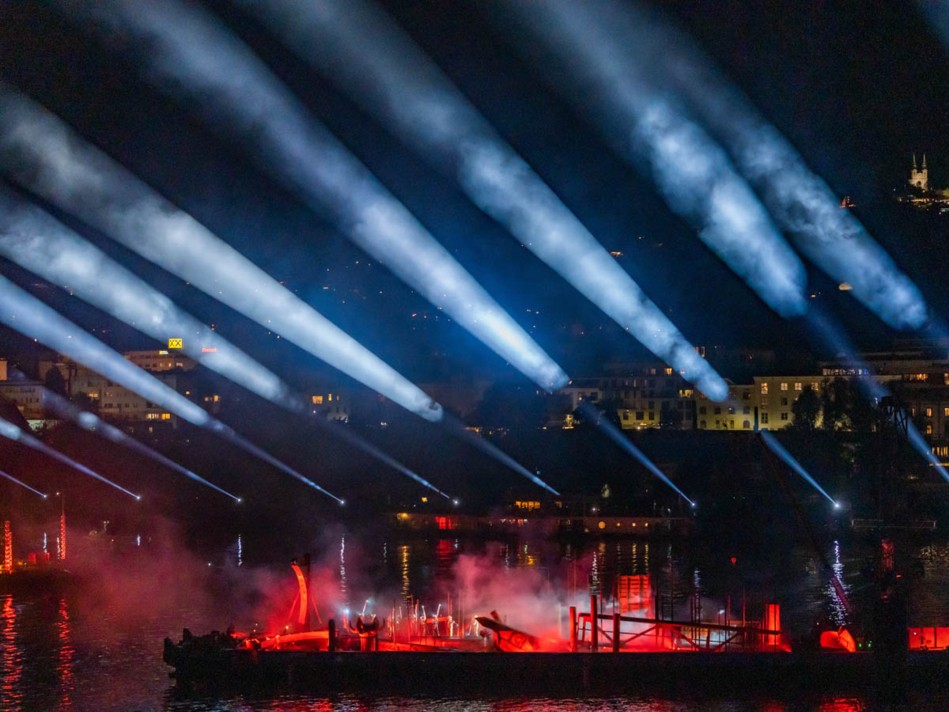 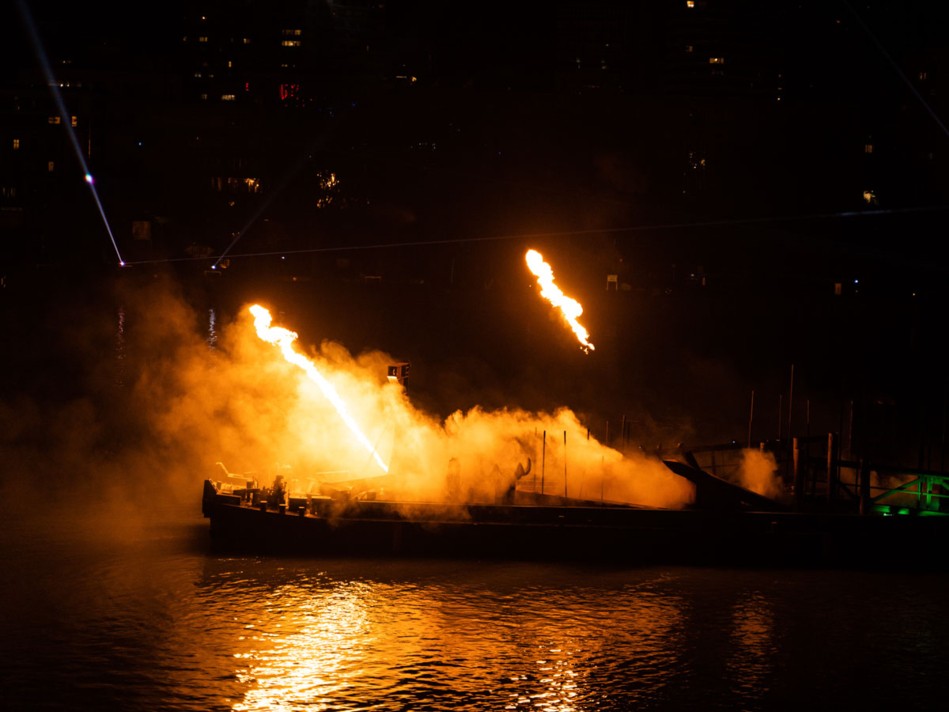 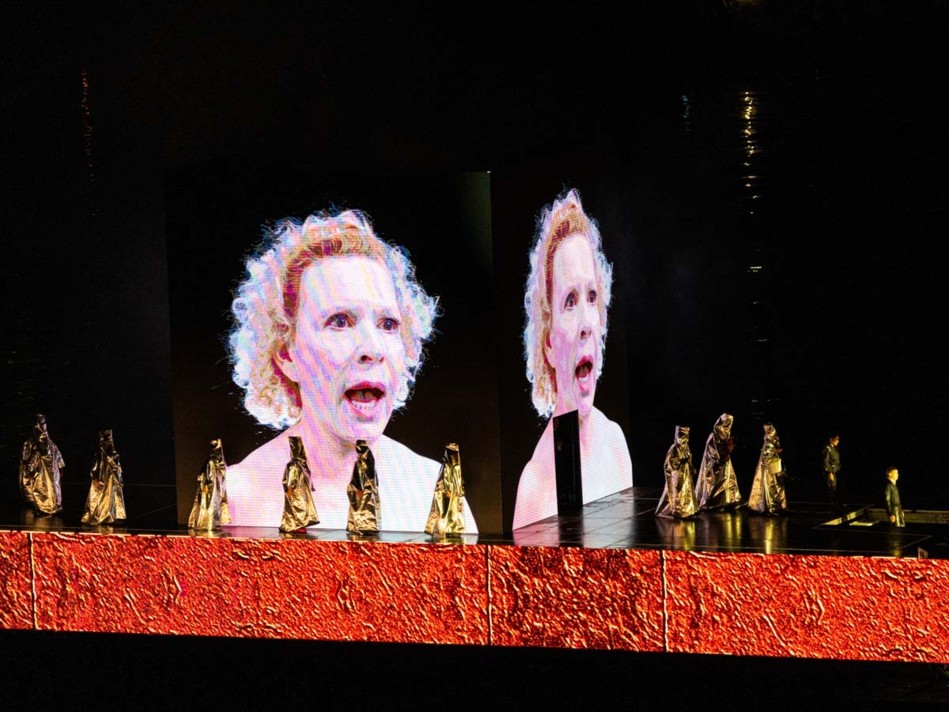 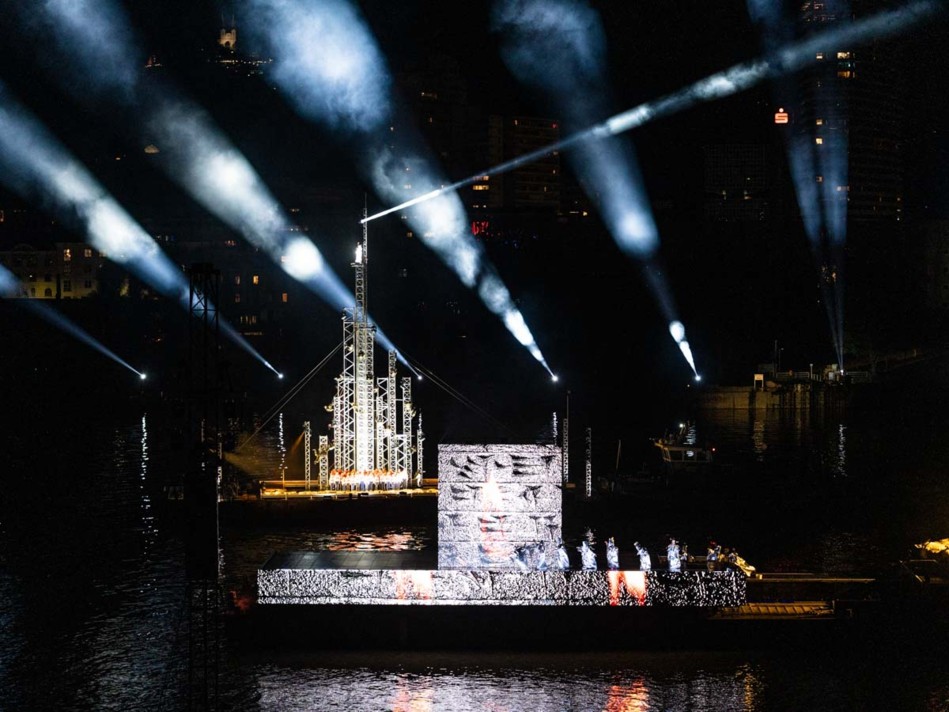 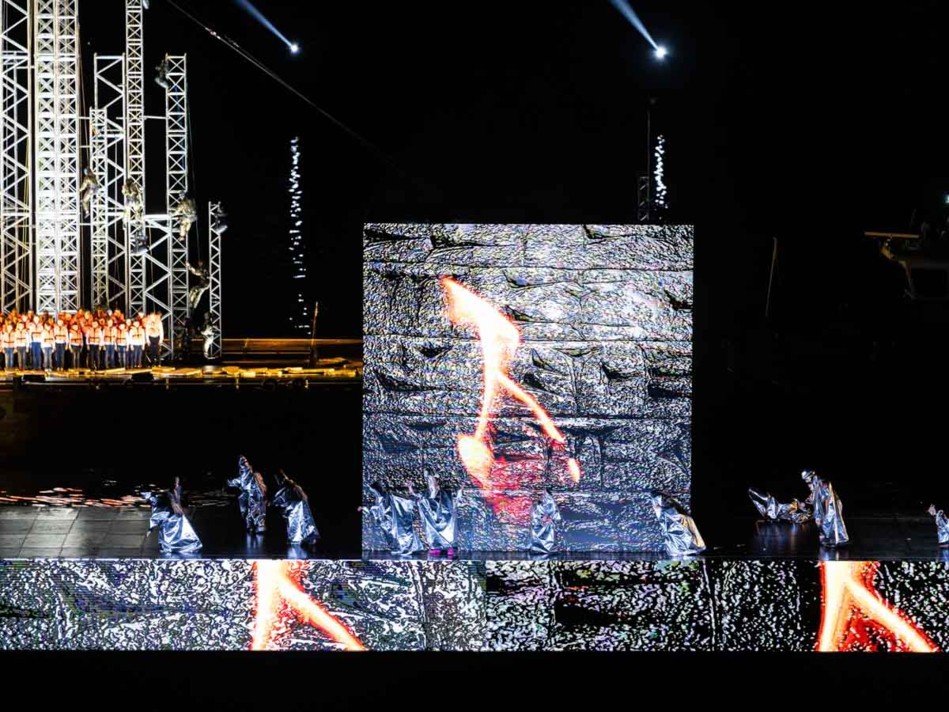 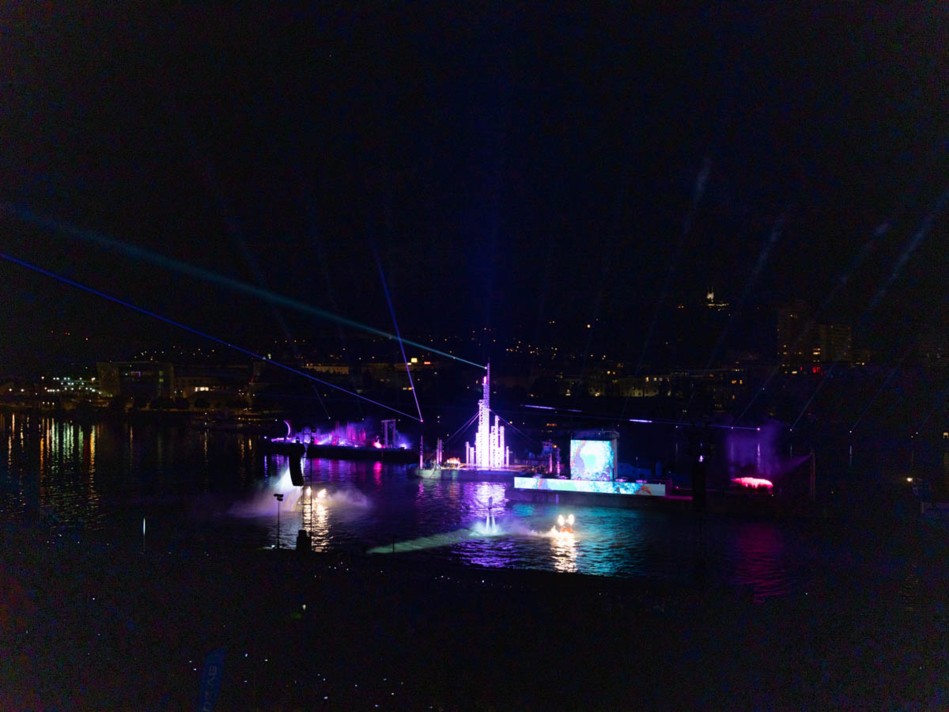 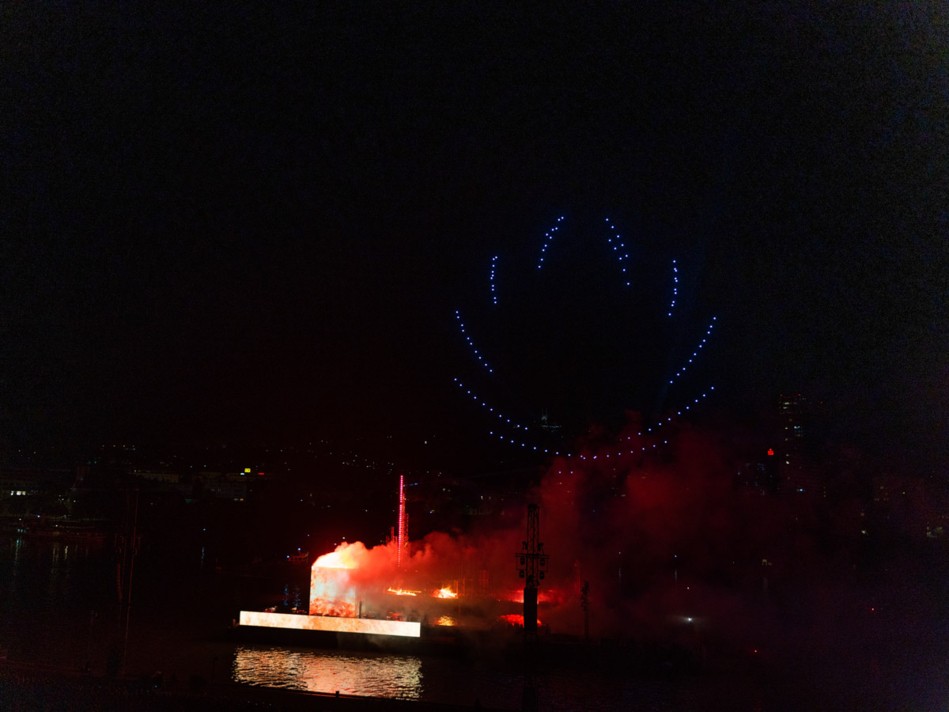 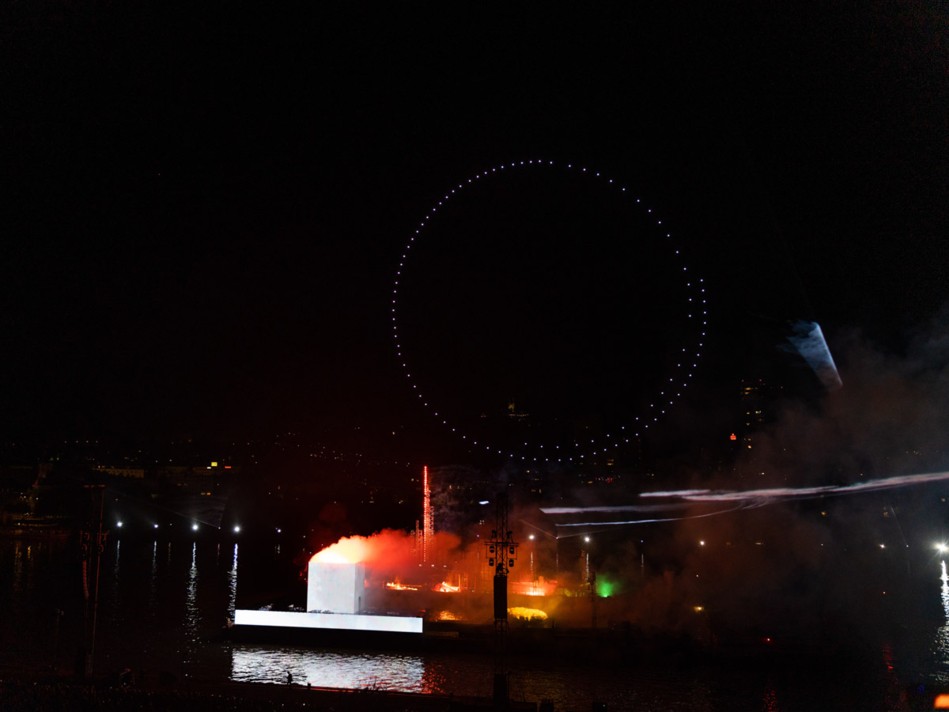 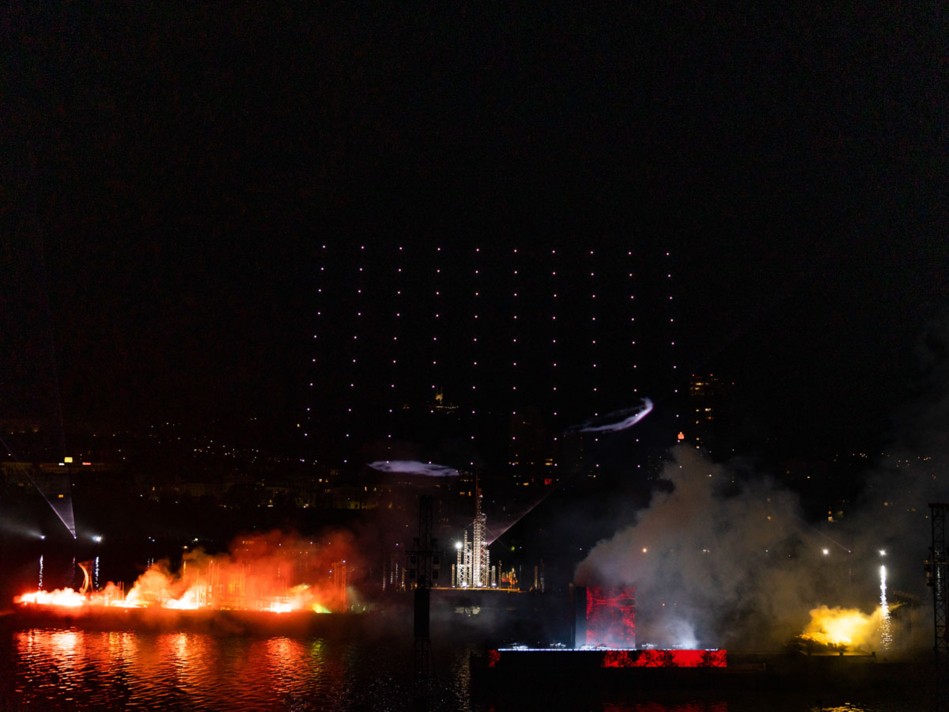 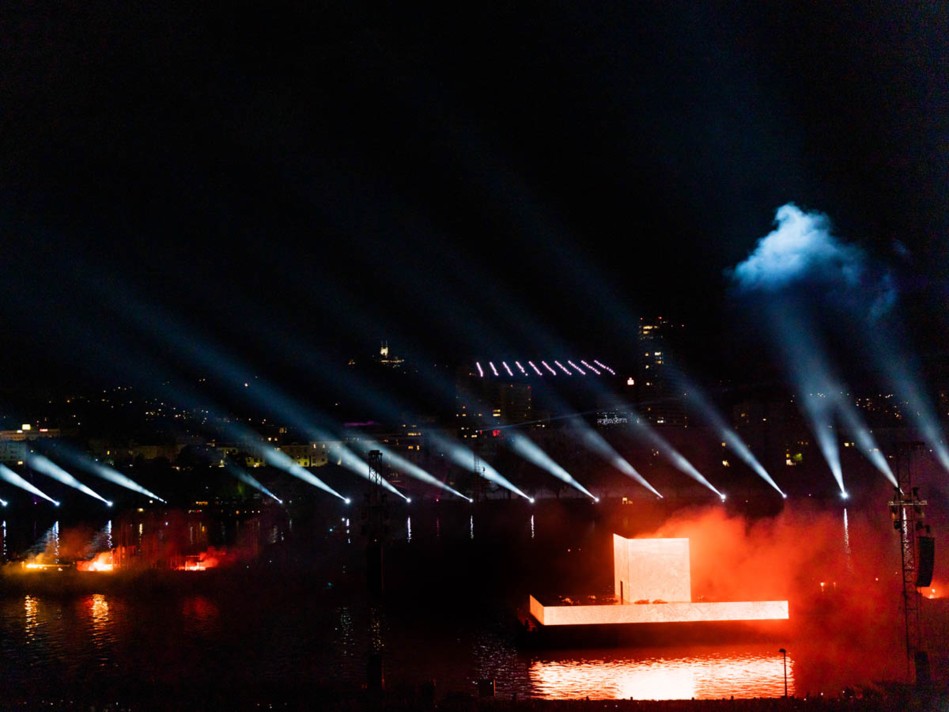 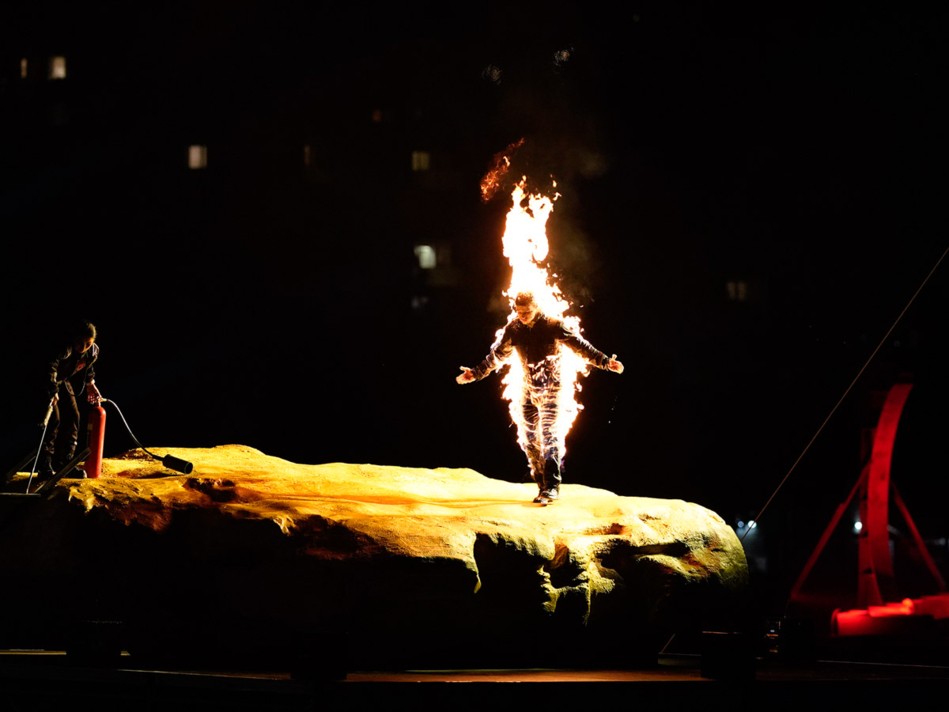 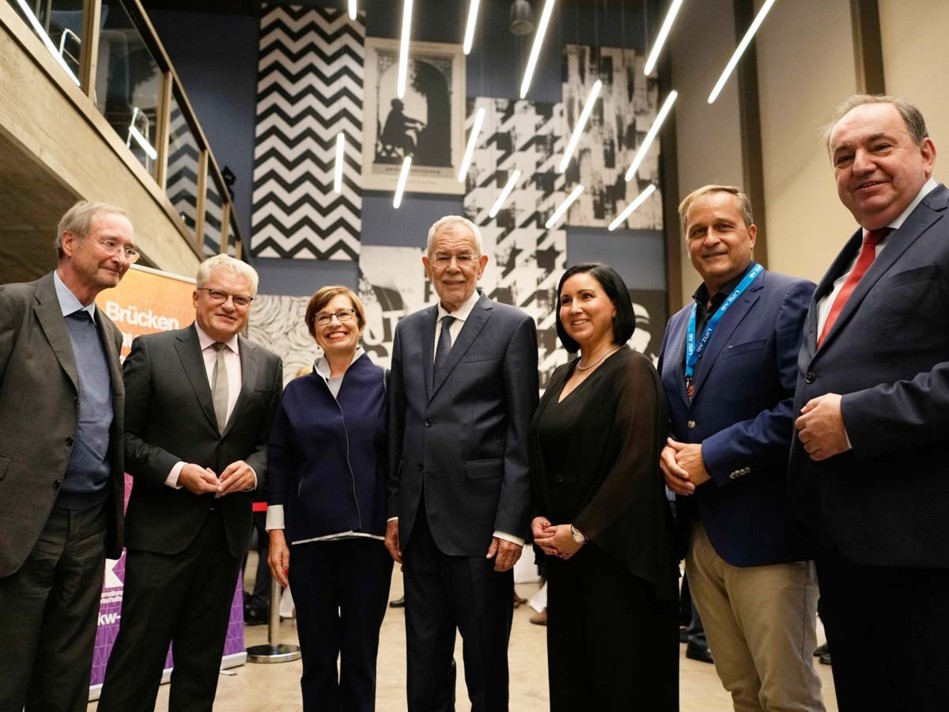 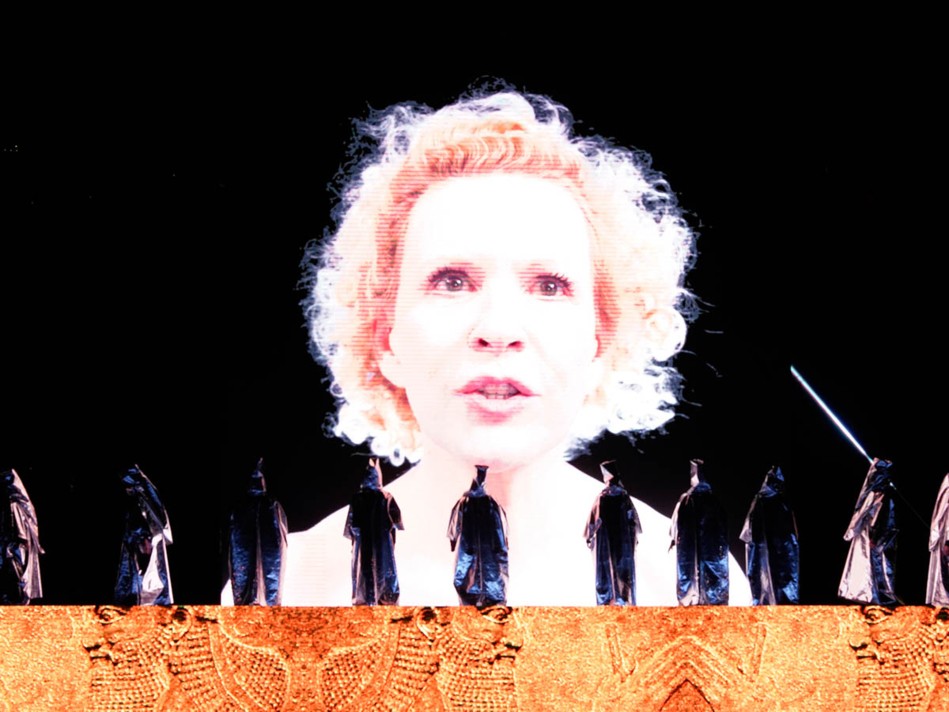 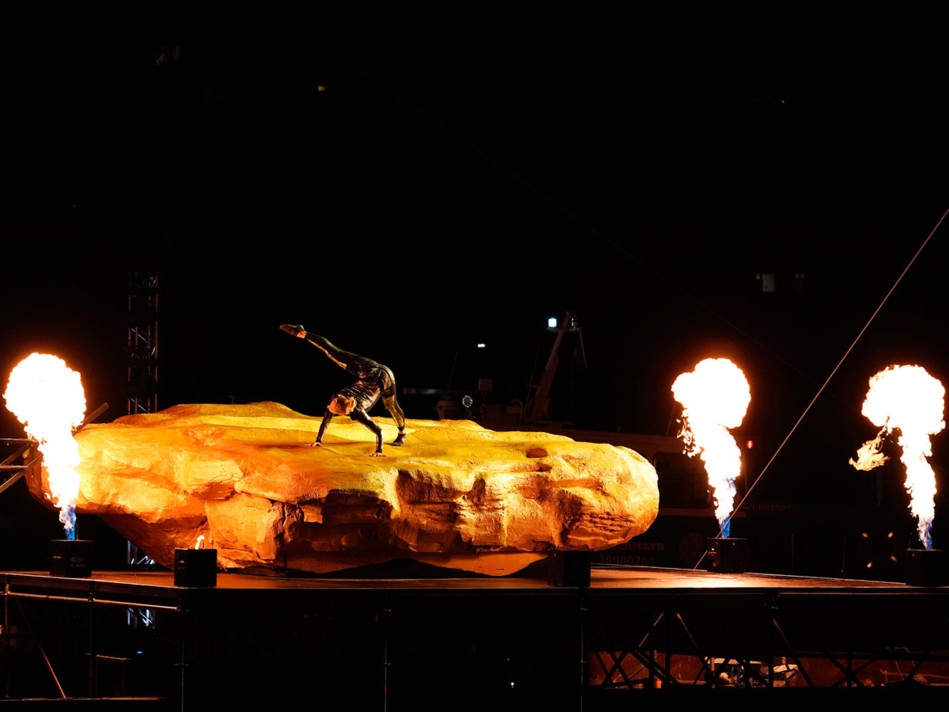 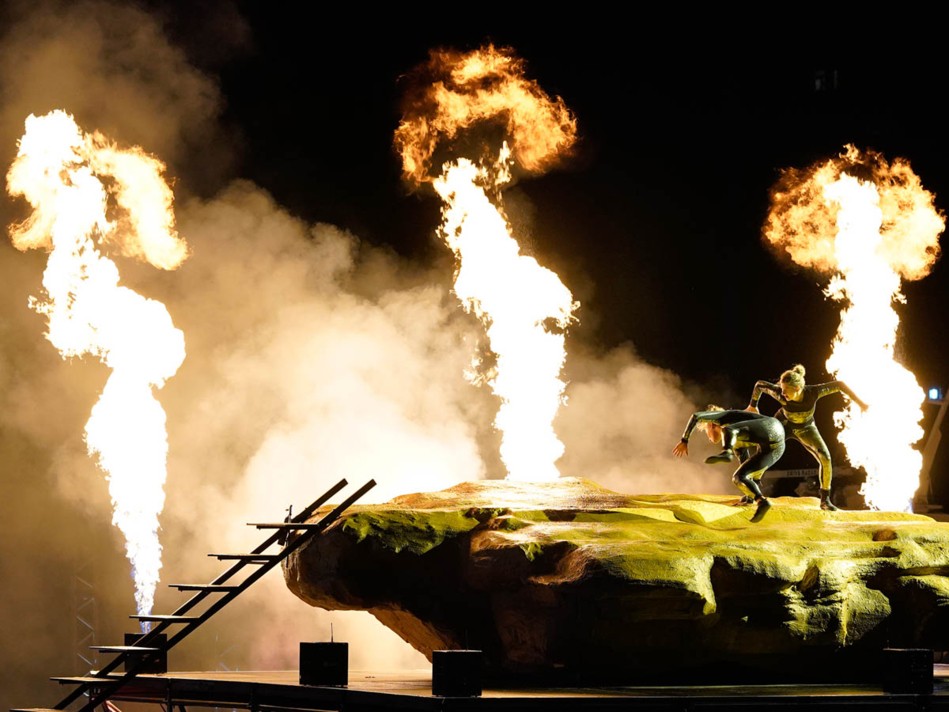 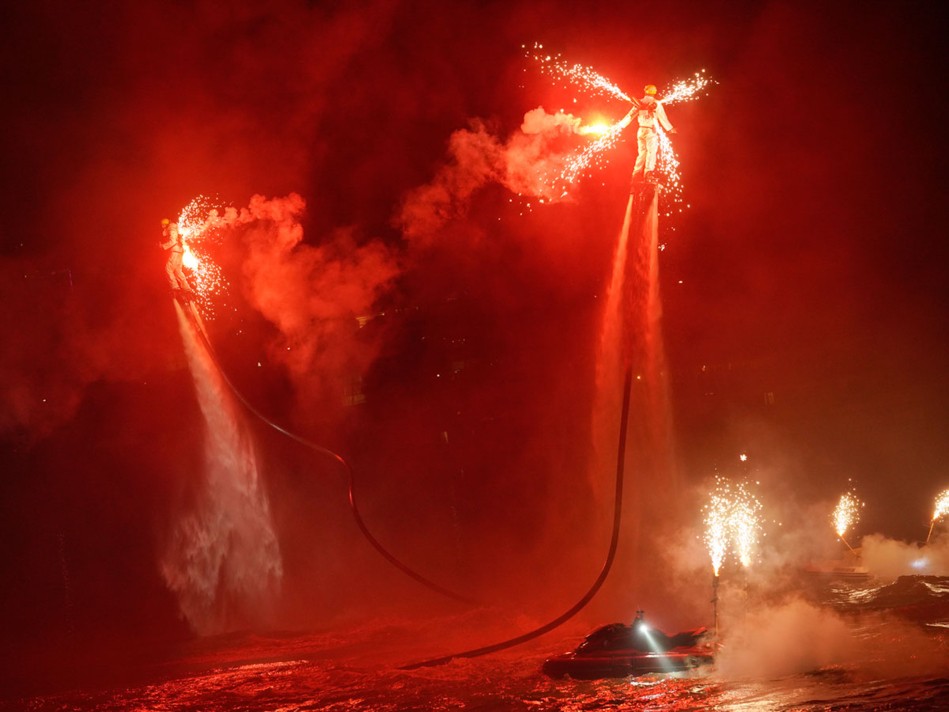 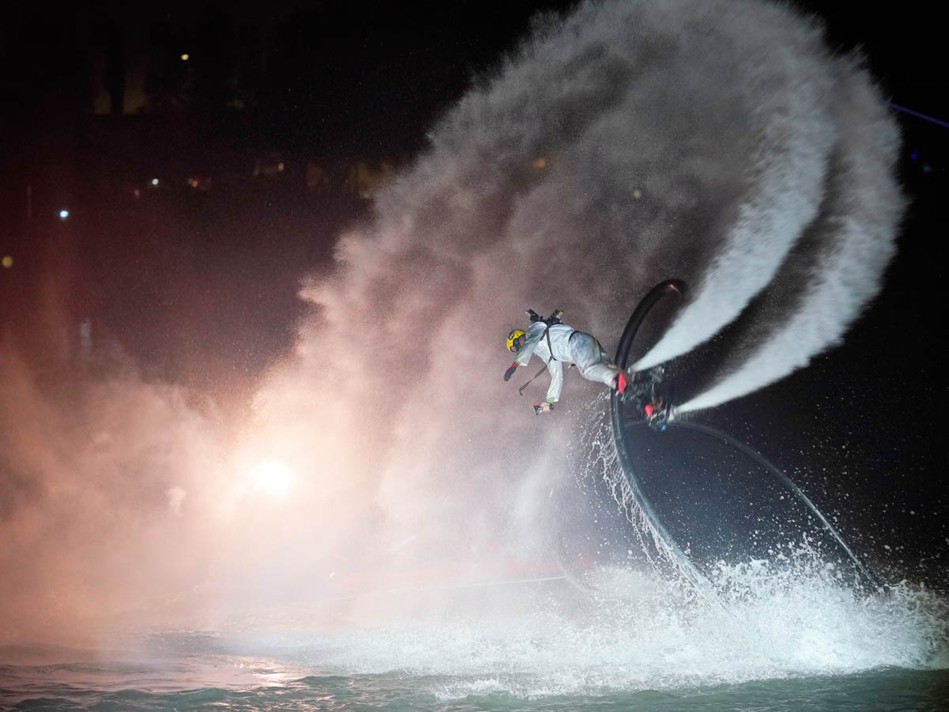 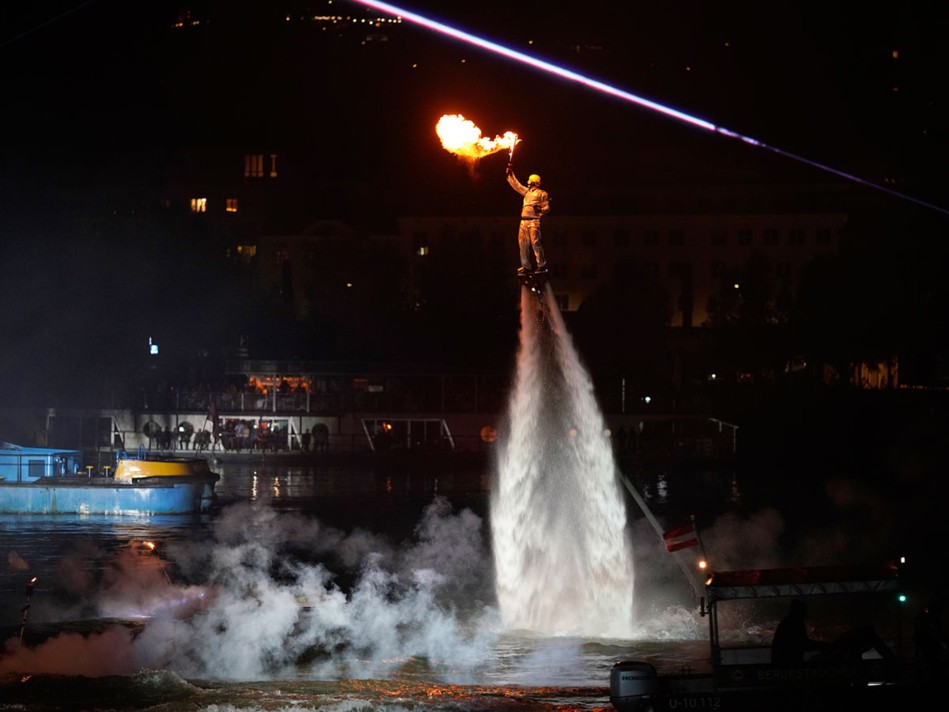 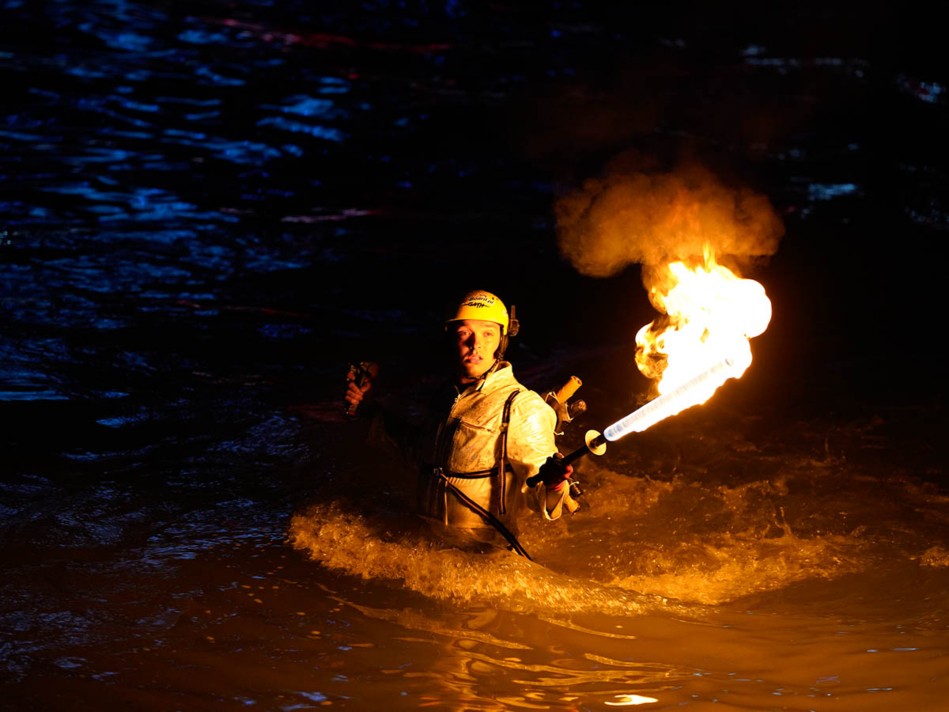 Thanks to the many stunts, the ingenious musical sound design and the very special version of this story, but also thanks to a lot of expertise and creativity from director Pierre Audi and his team, the Linz Klangwolke 22 presented by Sparkasse OÖ and LINZ AG became a very special highlight.

Costume designer Wojciech Dziedzic designed metallurgical uniforms for this year's Klangwolke production, which were to reflect the story like a mirror surface of their own.

Artistic Adviser Wouter van Ransbeek provided advice throughout the production and complemented the international leading team. With the stunts for which stunt coordinator Ran Arthur Braun was responsible - in the air as well as on the water - aerial stunts, flyboard riders etc. - this year's Linz Klangwolke became an unforgettable experience.

THE OLDEST MASTERPIECE OF LITERATURE

More than 5000 years old and yet as up-to-date as ever: one of the oldest literary masterpieces in the world was the focus of this year's mystical Linz Klangwolke 22, presented by Sparkasse OÖ and LINZ AG.

Originally, the Gilgamesh epic was recorded on twelve tablets, some of which are still lost. Sumerian language and characters were only gradually deciphered until the mystical story could finally be made accessible to posterity. Until today, the work, which was thus written long before the Bible, has been translated several times, rarely set to music, and occasionally dramatised. The epic describes the story of Gilgamesh, a king of Uruk, his heroic deeds and adventures, his friendship with Enkidu, his death and Gilgamesh's search for immortality. In the end, the hero has to realise that immortality is only given to the gods, but living and dying are part of human nature.

The Leading Team of Linzer Klangwolke 22

The Linz Klangwolke 22 in figures

FAQ about the Linzer Klangwolke 22

In order to let the diverse impressions of the Linzer Klangwolke 22 properly reverberate, we invited all visitors again this year to continue celebrating together at the LINZ AG Nachklangwolke in the Donaupark until late into the night. FRINC provided the right sound.

We would like to thank the sponsors and partners of the Linz Klangwolke 22: